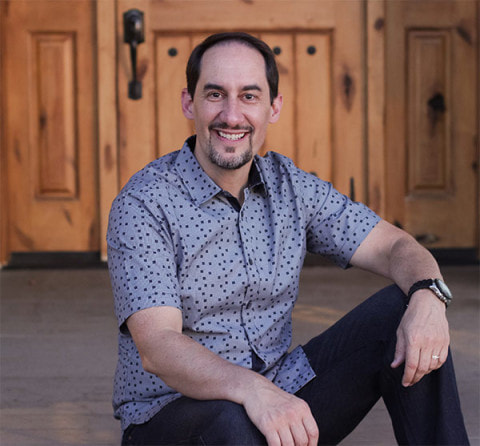 Born and raised in Bremerton, Washington, Keith grew up in an outstanding Christian home. His earliest memory is of his parents, Richard and Pat Krell, reading the Scriptures to him. As a result of his parents’ godly influence, Keith believed in Christ as his Savior at the age of five. Although Keith grew up in the church, he matured slowly in his faith. It wasn’t until his senior year of high school that his Christian commitment began to deepen. Yet there was still an area of his life that he wasn’t willing to yield to the Lord—his future occupation. Keith vowed he would never become a pastor. All that changed on August 12, 1989. At the age of eighteen he attended a Christian & Missionary Alliance conference at Colorado State University. Young people were offered the opportunity to commit their lives to full-time occupational service on the final night of the conference. When the call went out, Keith stood to his feet and immediately sensed God’s call to pastoral ministry. He has never looked back.

In December 2000, the Krell family was called to Emmanuel Bible Fellowship, where they would spend the next 12 years. Keith was instrumental in bringing health and church growth to this historical church in Olympia, Washington. During their tenure, Emmanuel was able to see a multi-ethnic church culture emerge, with a targeted focus on the Hispanic community. A thriving outreach ministry with regular service evangelism opportunities has given Emmanuel favor throughout Thurston County. EBF has become a sending church with dozens of graduating youth attending Bible college and going into vocational ministry. Emmanuel planted a church on Easter Sunday, 2010, which became financially self-supporting and made its presence felt in the community, in less than three short years. Above all, Emmanuel has become a healthy, life-giving church while still maintaining a heart for the city and world.

In the midst of his tenure at Emmanuel, God allowed Keith to develop some of his personal passions and gifting. Keith completed a Doctor of Ministry degree through Talbot School of Theology in 2008. This degree emphasizes leadership and preaching. The title of his dissertation is, “How to Teach Laypeople to Effectively Preach Paul’s Letters.” Because of his deep desire for scholarly study, Keith was also able to pursue a PhD from the University of Bristol, which he completed in 2011. The title of this dissertation is “Temporal Judgment and the Church: God’s Remedial Agenda in 1 Corinthians.” Both doctorates have been incredibly useful in pastoral ministry and have also made him a deeper student of God’s Word

At the end of 2012, with a bitter-sweet departure, the Krells were called by God to leave Emmanuel to continue their life-long vision to transfer truth by equipping future leaders. For years Keith has taught adjunct at Ecola Bible School, Multnomah University, and Moody Bible Institute-Spokane, but through the course of the summer of 2012, it became apparent that God desired Keith to be used more strategically to this end. He accepted a full-time associate professorship of biblical exposition at Moody Bible Institute-Spokane beginning January 2013.

That said, the Krell family has a very high view of the local church as God’s primary means of reaching the world, and none felt a release from pastoral ministry. So, in a very unique way, God opened a door for Keith to serve as the senior pastor of Fourth Memorial Church—the very church that hosts Moody Bible Institute. The Krells’ hope for a healthy and vital ministry which continues their life passion to give forth truth to the next generation through a cooperation between Fourth Memorial Church and Moody Bible Institute.